比京隨筆／柏林圍牆倒下25年後 25 years after the fall of Berlin Wall

It has been a quarter century since the collapse of Berlin Wall. Recent memorial events, films and interviews have re-visualized the scenes in 1989. It was hard to imagine that it took only 25 years for a unifiedGermany to become the driver of the European Continent. In the aftermath of the fall of soviet socialism, not only did the Soviet Union collapsed, the West-blockaded Russia would further bemoan that Mikhail Gorbachev failed to secure their interest in Europe. 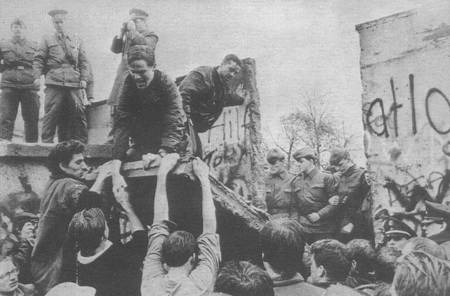 When the border of East Berlin opened at night on 9 November 1989, the wall was crowded with citizens from East and West Berlin. This scene was recently replayed massively in media, and reminded many Germans their situation 25 years ago.

In a new book written by the former Chancellor of Germany Helmut Kohl, he discussed that after the Berlin Wall fell, he went to Moscow to negotiate with Mikhail Gorbachev with the British Prime Minister Margaret Thatcher, the American President Ronald Reagan and the French President François Mitterrand. This negotiation had later led West and East Germany to re-unify, and had been broadcasted as a hot topic by the media.

Despite the separation due to the Second World War and the Cold War, Germany, the once-considered “sick man of Europe”, is now the leader of the Continent. The German economy is the engine for growth in Europe. For all decisions made by the European Union, without the nod from the German Chancellor Angela Merkel, the decision could not be finalised.

Nevertheless, internally in Germany, there were still differences between the East and the West. In solving the controversy of American phone tapping and the dispute of Ukraine with the Russian President Vladmir Putin, her East Germany background was again been raised. The historic record left by the Iron Curtain would obviously remain, despite the collapse of the Berlin Wall.

Comparatively, Russians were more sentimental towards the quarter century of the fall of the Wall. 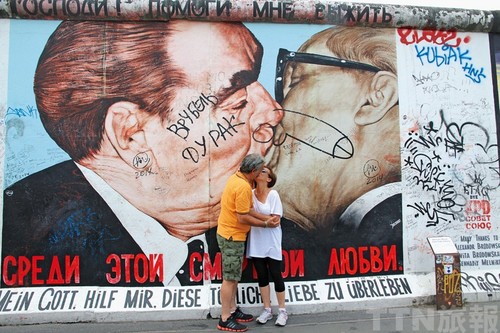 During an interview with a translator of Mikhail Gorbachev, he said at that time, Kohl, Thatcher and Mitterrand did not envisage that the reunification would occur so quickly. They were even worried of revolutions in Central Europe. Vladmir Putin, heavily condemned by the West recently, had quite a few criticisms towards the by then Soviet leader. He thinks that Gorbachev’s attitude was not strong enough. In the incident of German re-unification, he had to at least receive assurance of Russian interests in Europe from the West.

柏林圍牆的倒塌，不管是偶然或必然，歷史都無法重寫。Whether it was a coincidence or a destiny, the history of the fall of Berlin Wall could never be re-written.

八千發光氣球包圍柏林圍牆 Berlin is divided by 8,000 glowing balloons, commemorating the 25th anniversary of the wall’s fall.

Two episodes of documentary that are worth watching today.  They are from the documentary series “Cold War” produced by CNN more than a decade ago